The CAREB-ACCER Board of Directors (“BOD”) has made a commitment to engage in cultural competency training and make accessible to its membership and the broader Canadian research community, cultural competency training with an initial focus on anti-Black racism and equity education in support of its efforts to dismantle existing systems of oppression within the Canadian research ethics sector.

As a national research ethics organization with a vision to: (1) promote professionalism through the sharing of expertise, experience, information and knowledge; (2) represent and communicate the perspectives and concerns of Research Ethics Board (REB) professionals in local, national and international policy development and implementation; and (3) provide education and resources needed to successfully promote the ethical conduct of research CAREB-ACCER is obligated to be part of leading the change in the Canadian Human Research Ethics field as it relates to Anti-Black Racism. In order to do this CAREB-ACCER, has embraced the important concepts of:

Through a focus specifically on anti-Black racism, and a commitment to unlearning our own biases and minimizing our role in reinforcing systems of oppression CAREB-ACCER is equipped to lead the charge in the Canadian Human Research Ethics field as it relates to addressing anti-Black racism and all forms of racism and prejudice within the research ethics field. Our focus on anti-Black racism is an important distinction given the absence of discussion, action and focus on this issue in the broader area of diversity and anti-oppression work in the Canadian Human Research Ethics space. With the work we have begun in our own learning and unlearning, the under representation of this issue in the Canadian research ethics context (both content and education) and our national and international reach, we are committed to addressing anti-Black racism. Through this work we strive to be an enabler in solving a lot of the systemic issues that affect populations that are victims of racism, oppression and prejudiced systems in the Human Research Ethics space through education, awareness and action. As a national organization and leader in research ethics, it is critical that we enable and encourage anti-Black racism discussions, education and action to equip research ethics boards and researchers on how to approach research with an equitable and diverse lens.

Our Anti-Black Racism Research Ethics Education and Discussion Series creates a safe space to learn, discuss and consider the connections between intersectionality, the research process, and ethics as it relates to anti-Black racism in the Canadian context.

This series is part of CAREB-ACCER’s six part action plan focused on dismantling existing systems of oppression within the Canadian research ethics sector. 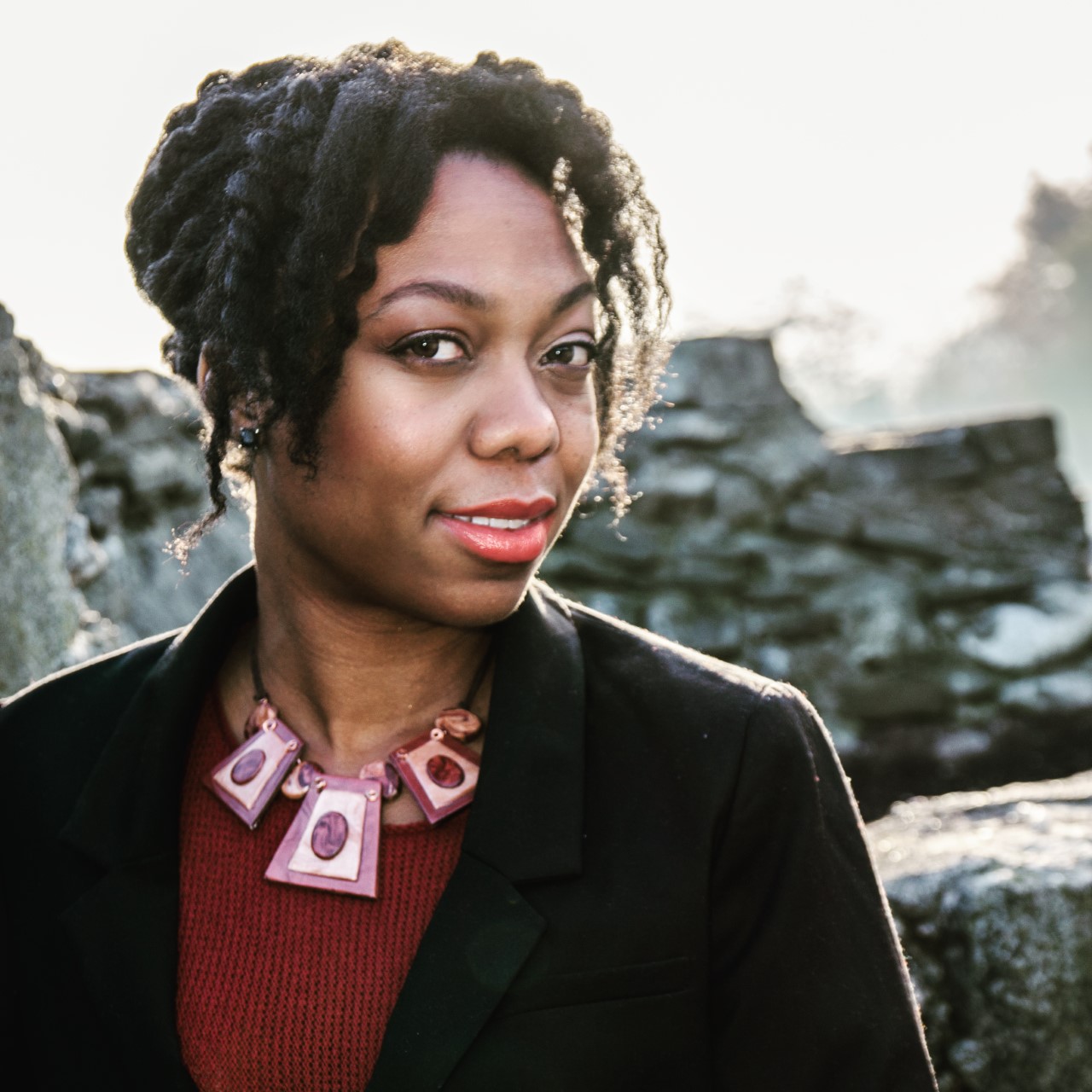 Lydia-Joi currently serves on the board of the Black Health Alliance, a not for profit organization which works tirelessly to reduce health disparities in diverse Black communities in Canada. Academically she lends her expertise from her BSc. in Biology from Western University and MSc. in Human Genetics from Howard University.

Lydia-Joi consistently strives to bring awareness to issues of health inequity and to promote personalized patient care. Her passion for health care has extended across various disciplines, including her current work in addressing barriers to living organ donation as a researcher with the Kidney health education and research group at University Health Network in Toronto. 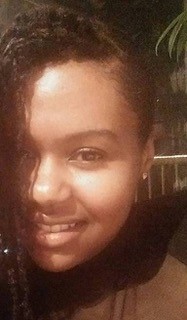 Professor Rhonda C. George is an award-winning emerging scholar and sociologist who explores the social and intersectional dimensions of race, racialization, and racial stratification within social institutions as it pertains to sport, education, and health care systems. Broadly speaking, her multidisciplinary work interrogates the specific ways in which Black populations in the U.S. and Canada experience, navigate, and resist systemic racial barriers. Her current work uses Critical Race theoretical paradigms and community-based methodologies to explore the roots of medical mistrust within Black Canadian communities.

Session 1: A history of anti-black racism in Canadian Society

1.Many of you acknowledged that anti-Black racism has been a barrier in the Canadian research landscape, can you identify some specific ways in which this manifest in your work?

3.For those who shared that you had little or no Black Canadian or anti-Black racism training, how do you think this has impacted your potential for advocacy in your position?

Dr. Tabi shared with us the experience of being a Black professor and the ways in which he has
been challenged while moving through an academic system that often is not intended to support his
voice or trajectory. Withstanding the emotional labour of having limited representation to look to
while being expected to speak on behalf of the vastly diverse voices of the Black community, has
been a challenge that he has risen to and is paving the way the dismantle the historic barriers those
following his path has experienced.

Dr. Tabi was especially encouraged by the session that he attended and appreciative of how our
group leaned into the learnings: “I was particularly impressed by the activities, specifically how
those participating gained understanding through working through the issues brought up during our
conversations.”

Sharing in these lived experiences challenges us to recognize where bias exists and how they present
themselves in the research and academic pathways. The hope is that all who engaged in this
conversation will be able to lead with empathy in dismantling anti-Black racism in their personal
spheres.

1) In many ways, the barriers discussed elucidated how the trajectories of Black scholars can
be derailed. Which other areas in the research process can you identify where anti-Blackness
and/or implicit bias is operating?
2) In which ways does the peer review process, particularly for grant funding appear neutral on
its face, while creating additional barriers for racialized scholars such as Black researchers?
3) While we often refer to “social structures”, those social structures are made of people who
are enacting particular worldviews and epistemological stances. How do individuals who
help make up and animate social structures, engage identify and unpack their own
positionalities?

Session 3: Positionality and power: How do I uphold inequitable systems

Thank-you for continuing to join us in this work to deconstruct anti-Black racism in our paths. It was a time of mutual growth as we pushed each other to further challenge our comforts and systemic norms.
We encourage you to keep engaging with your reflexivity journals as we continue to evaluate the ways in which your positionality provides a complex and sometimes even contradictory proximities and/or distances to the power which shapes the experiences and outcomes of others. The decisions you make can have very far-reaching and deleterious effects on Black communities.

To reflect on this, grapple with the following questions:
1) What do we want to build differently?
2) What are you willing to do?
3) How does your positionality shape your responses to questions 1 and 2?

We look forward to continuing the conversation on January 07, 2022 ( yes, the new year is here!) with some of our colleagues who will share some concrete and effective models of how to bring about the changes we have been discussing.

Continue to take care of yourselves and those around you.

Netflix: Colin in Black and White (documentary)
o This films offers great insights into the ways in which positionality through words, actions and interpretation of events can inform access to power and worldviews and even with “good intentions” can do grave harm to Black people on the receiving end. Music Theory and White Supremacy
o https://www.youtube.com/watch?v=Kr3quGh7pJA
Reading: Link to the Minnesota Historical Society’s Resource on White Supremacy Cultures: https://www.thc.texas.gov/public/upload/preserve/museums/files/White_Supremacy_Culture.pdf

Baldwin, A., Cameron, L., & Kobayashi, A. (Eds.). (2011). Rethinking the great white north: Race, nature, and the historical geographies of whiteness in Canada. UBC Press. Bell, D. (2018). Faces at the bottom of the well: The permanence of racism. Hachette UK. Bonilla-Silva, E. (2006). Racism without racists: Color-blind racism and the persistence of racial inequality in the United States. Rowman & Littlefield Publishers.

Thank you for continuing this work of surfacing and combating anti-Black racism in our spheres of work. What a way to start the year!

In our last session together, we shared examples of resilience with Dr. Juliet Daniel work in cancer care and disparities seen especially in those of West African descent. Modeling by how taking up space with excellence is in itself an act advocacy.

We further reflected on our seats of privilege while Dr. Stephanie Nixon purposefully and vulnerably spoke to her experience realizing her whiteness in her academic path.  This has served as the impetus for her to ally in redistributing the existing power dynamics in a system not designed for inclusion.

Liben Gebremikael brought light to what it is like to lead a community led organization, and how we can better partner in an equitable fashion.

Together, we demonstrated that the opportunities and ways that one can intervene and redistribute existing power dynamics are endless and require introspective, critical, disruptive, and creative work. Therefore, in preparation for our next session together, let us collect some tangible strategies that we saw in these and many other examples. And reflect on them.

Here are some additional resources that may help to guide your reflections: